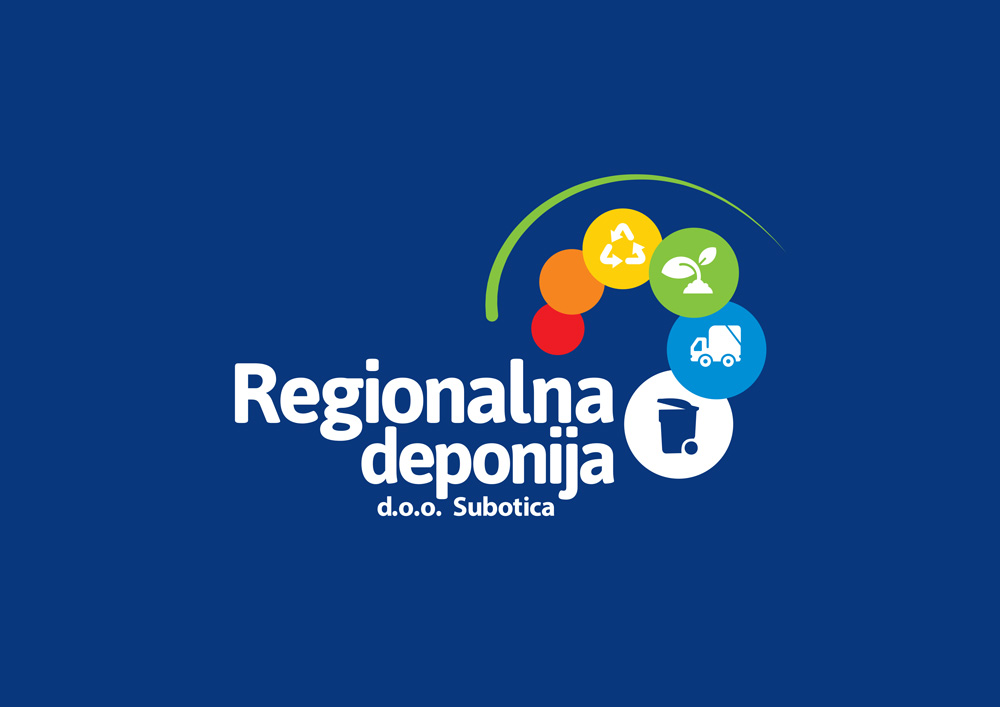 The regional waste management system for the City of Subotica and Municipalities of Senta, Kanjiža, Bačka Topola, Mali Iđoš, Čoka and Novi Kneževac (Regional Landfill) was created in response to the increasing amount of generated waste and the need for harmonization with national and European standards in this filed. Subotica region has the population of 260,000. It is estimated that every household (and average household has 2.76 members in Vojvodina) annually produces 1,000 kg of waste.

The process going from the idea of forming a centralized sanitary landfill that will satisfy all national and European standards to the moment when first machines appeared at the site involved harmonization of objectives of all members of the region, finding the location, preparation of design documentation, as well as compliance with changes of legal provisions made in the meantime, obtaining all permits and approvals from the competent authorities, providing funds for the construction of the regional landfill, calls for tenders, selection of contractors, etc.

September – December 2006 – The City of Subotica and Municipalities of Senta, Kanjiža, Bačka Topola, Mali Iđoš and Čoka agreed about the formation of the Region for solid waste management and signed an Agreement on cooperation.

December 2006 – February 2007 – With the aim of coordinating cooperation in waste management and adequate preparation of the design, Inter-municipal working group was formed and its activities were establishment of joint venture, determination of goals, schedule, tasks, business plan and company’s program.

February 2007 – October 2007 – The data about the waste in the territory of the Region were collected and processed; Regional waste management plan was adopted and measures that Region should take to solve the problem of waste in the period between 2007 - 2016 were defined.

May 2007 – February 2008 – The process of establishing the company "Regional Landfill" Ltd. which officially started operations on March 1, 2008.

June 2007 – July 2010 – The selection of location of the regional landfill included preparation of the Study on assessment of potential sites, negotiations with owners, preparation of the General Design with pre-feasibility study from October 2009 to May 2010, securing the approval of the State Commission for the review of technical documents and considerations of the Government of the Republic of Serbia. The final decision on the selection of location was made on July 8, 2010 and the cadaster plot no. 2635 C.M. of Bikovo, which is state-owned, was selected.

July 2010 – December 2010 – The "Urban Planning Institute of Subotica" was hired for development of the Detailed regulation plan with Strategic environmental impact assessment and after the public hearing, the Plan was adopted at the session of the General Meeting of the City of Subotica on December 30, 2010.

July 2010 – May 2012 – Preparation of the Preliminary Design with Feasibility study involved the preparation of Terms of Reference, public procurement, the Study on geodetic, climate, hydrological and geotechnical data and preparation of the Design. During that period, the location permit was obtained and it was re-obtained again in April 2014 because of the change of Investors and expiration of legally limited duration period of two years, and in the period June - October 2014, the State Review Committee gave approval for the new Preliminary Design that was prepared in line with the new Location permit.

September 2010 – June 2013 – The procedure of transferring the land use right, the Change of Land Use and compensation for converting agricultural land into the land for construction in the amount of 6,663,678.00 dinars were completed. A lease agreement, according to which the City of Subotica grants the long-term lease of the plot designated for the construction of the regional landfill for 80 years to the company "Regional Landfill" Ltd., was signed on June 13, 2013.

January 2011 – May 2012 – At the initiative of the company "Regional Landfill", the municipality of Novi Kneževac joined the region and final amendments to the Inter-municipal Agreement on Establishment and Cooperation on Solid Waste Management Facility were adopted in May 2012.

September 2011 – November 2012 – The Environmental Impact Assessment Study was prepared by a team of experts "Project Preparation Facility 3" and designing company "Hidrozavod DTD" from Novi Sad, documents were submitted for inspection, public hearing was held and the approval was obtained.

January 2012 – May 2012 – Preparation of tender documentation involved preparation of drafts, harminization with the relevant Ministry and the EU Delegation in Serbia. The Financing Agreement for IPA funds for 2012 program was signed on December 20, 2012 between Serbia and the European Commission. IPA funds, from this Financing Agreement, intended for the construction of the regional waste management system in Subotica region, were made available, and in 2013, representatives of the Ministry of Energy, Development and Environmental Protection, European integration, EU Delegation and the company "Regional landfill" Ltd. Subotica agreed about the reconciliation of the content of tender documentation.

January 2012 – August 2012 – The Main Design of the Regional Landfill in Subotica was prepared and it included location permit, administrative documentation, general information about the regional landfill and main designs for all parts of the regional landfill including the landfill body, waste water treatment plan, composting plant and landscaping.

October 2013 – October 2014 – Selection of contractors involved publication of the tender in the Official Journal of the European Union, organizing mandatory visits of the regional landfill site for potential tenderers, answering questions from potential tenderers, opening and evaluation of their tenders, making decisions about the best tender and signing the contract. The beginning of contract realization is October 28, 2014 and the contractors have 27 months to realize the contract. The value of the contract is 14,891,167.66 euros.

October 2014 – onwards – The contractor took over the complete technical documentation at the end of October 2014 and up to commencement of works, he/she provided and submitted an insurance policy for the facilities under construction, insurance policy, health and safety at work plan, quality assurance plan, work plan with cash flow plans and technical documentation.

July 27, 2015 – Commencement of works on the construction of temporary roads at the location of the regional landfill in Bikovo. In accordance with the building permit, the works on the construction of all facilities within the regional landfill complex started on October 15, 2015. The Contractor is a consortium of three members: Italian company IBI Ltd., company SET from Šabac and Instel inženjering from Novi Sad. The contract value is 14.891.167 euros.

July 2015 – December 2015 – Selection of contractors for the construction of transfer stations with collection centers in Bačka Topola, Kanjiža and Senta. On December 18, 2015, the Contract on construction was signed between the Delegation of the European Union and the consortium of contractors formed of: company ‘Jedinstvo’ from Sevojno and "SMB Gradnja" from Subotica. The beginning of contract realization is February 03, 2016 and the deadline for its completion is one year from the day of contract realization beginning. The commencement of works: March 2016.

May 10, 2016 – signing of the Agreement on the construction of waste collection centers (recycling yards) in Čoka, Novi Kneževac and Mali Iđoš and deadline for the contract realization is 150 days from the day of contract signing.